My Dad Is not a Bad Hombre

Remember that time the U.S. president said Mexico is sending all their worst people, like rapists and other criminals? I took that personally. Because my dad is one of those Mexicans. But he is NOT what President Trump calls them: a "bad hombre." Though he thinks it's funny to play up to the stereotype sometimes. Like when my sis was leaving for a date 😏

If you've read my bio (Confessions of a White Half-Mexican) then you already know that I look 0% Mexican. I had more than a couple teachers in elementary school that straight up assumed I was adopted and talked to my parents as though that were the case. I don't know why they would be so positive about that.

I mean, honestly. Is it the non-existent eyebrows that gave me away? What else could it POSSIBLY be that made people so comfortable throwing out the A word, even in my presence? People are just blind, obviously! 😜

ANYWAY, yeah, that's my real, BIOLOGICAL father. Truly. I promise. He was born and raised in Mexico (and no, not in the Mormon white-people colonies). He's MEXICANO through and through.

Here's the general timeline of things:

Girl from Utah travels to Mexico with university Spanish program. Meets Smokin' Hot (I mean...just look at the picture!) Mexican Boy and then comes back home.

Then some other stuff (including Girl from Utah allegedly breaking off a previous engagement)...

Mexican Boy works four jobs in Mexico, and still can't make enough to even think about supporting a family. So, he moves to the U.S. to work.

Girl from Utah and Mexican Boy get married in Utah. Mexican Boy's visa gets denied, so they pack up their cassette tapes, their new Rival Crock Pot, and their electric can opener and head for the border (listening to The Carpenters all the way there -- I'm POSITIVE!).

They live with Mexican Boy's mom, who was not happy about her son marrying a gringa. AWKWARD! But as a result, Girl from Utah learns important life skills, like how to hand-wash clothes, use an outdoor toilet, and make homemade flour tortillas!

First Son is about to be born at a Catholic hospital where the nurses are nuns. They tell Girl from Utah to shut up when she yells during labor (with no epidural), because there's a man dying in the room next door. HUH?!?!

First Son is bald and is paraded around the family as a freak of nature, because WHERE THE CRAP IS HIS HAIR?!

University that Mexican Boy attends to try to get his degree keeps going on strike, so when visa comes through, he and pregnant Girl from Utah head back north of the border.

Not-Adopted Daughter is born and is NOT switched at birth, as MANY have claimed. She is a freak of nature, like her brother was, because WHY THE CRAP IS HER HAIR BLOND?!

Mexican Boy speaks to First Son and Not-Adopted Daughter in only Spanish, and Girl from Utah speaks to them in only English. They visit Mexico every year, driving (and listening to The Carpenters, Herb Alpert, and Luis Miguel all the way. Click here to listen to the soundtrack!). As a result, First Son and Not-Adopted Daughter are raised speaking Spanish, dancing, and celebrating holidays the Mexican way.

Two more kids came along: Late Addition and Even Later Addition. And they all lived Happily (and Crazily, and sometimes Dysfunctionally) Ever After!

Go ahead. Guess whose kids are the blondies. Yep, mine! No one believes they have a Mexican grandpa. I feel their pain! But Mexican he is!

My dad is one of the best people I know. He's my hero. I admire all that he is, all that he has accomplished through hard work, and the way he dedicates his life to his family and to helping others.

He came from a very poor home, and was raised by only his mother after she and his father separated. My Abuelita was a hard worker. She was a teacher and instilled in my dad the value of education. When so many of his friends dropped out of school at young ages to work, she made him stay in school. Even though it meant he had to forego simple things, like eating lunch every day, or having shoes that fit him, she fought for the long-term good.

As he got older, he worked multiple jobs, and went to college, some days having no more than a couple hours to sleep. He started to realize that his hours working were not paying off. He worked his tail off and still barely made enough to stay afloat, let alone to even think about supporting a family one day.

So, he came to the U.S., hoping that his hard work would build a good life for himself and for his future family. And it did. Forty years later, the one-man cleaning business he started has over 200 employees and is a blessing to his whole family. His children have college educations and his grandchildren live in safety, not wondering where their next meals will come from. 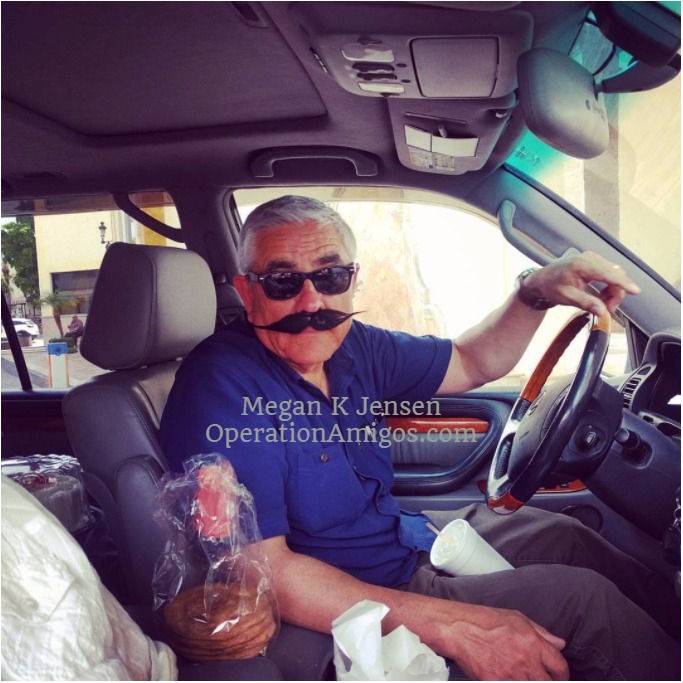 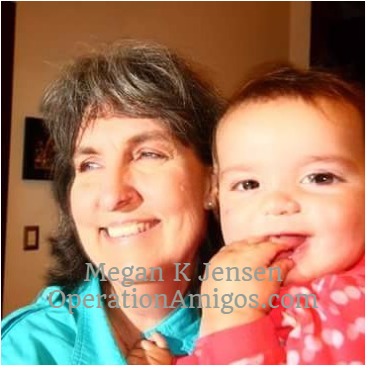 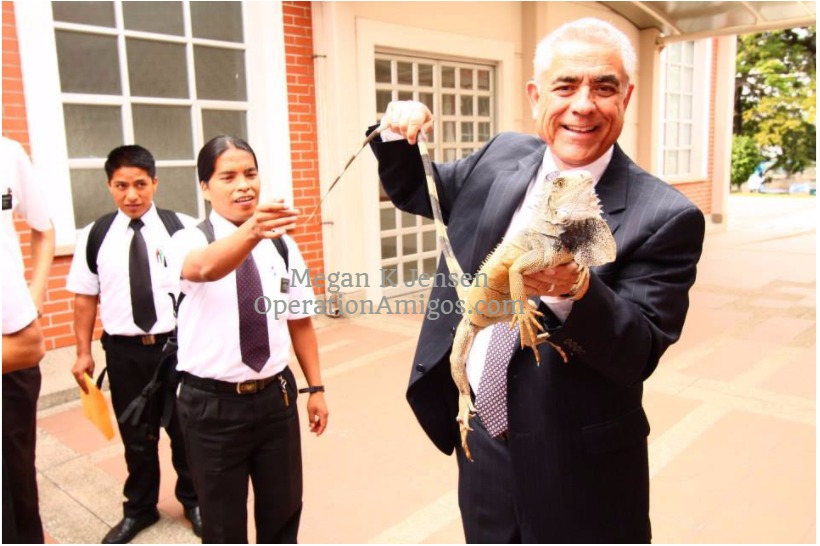 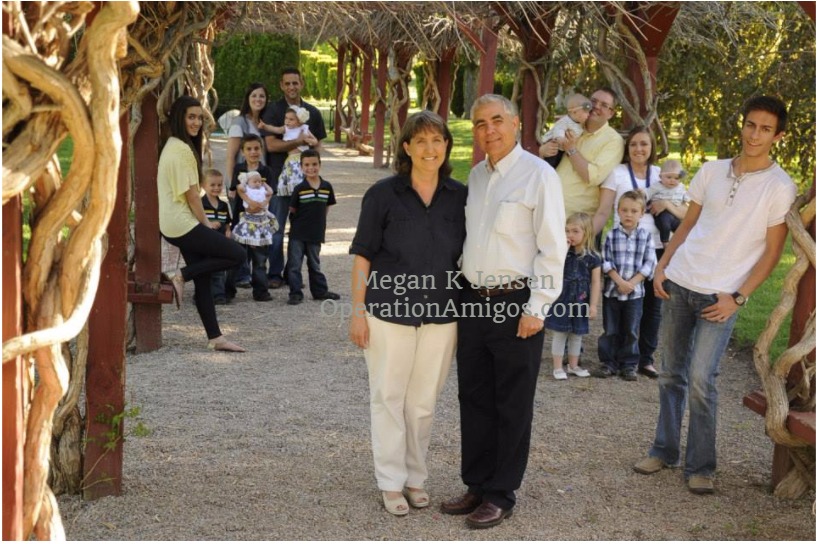 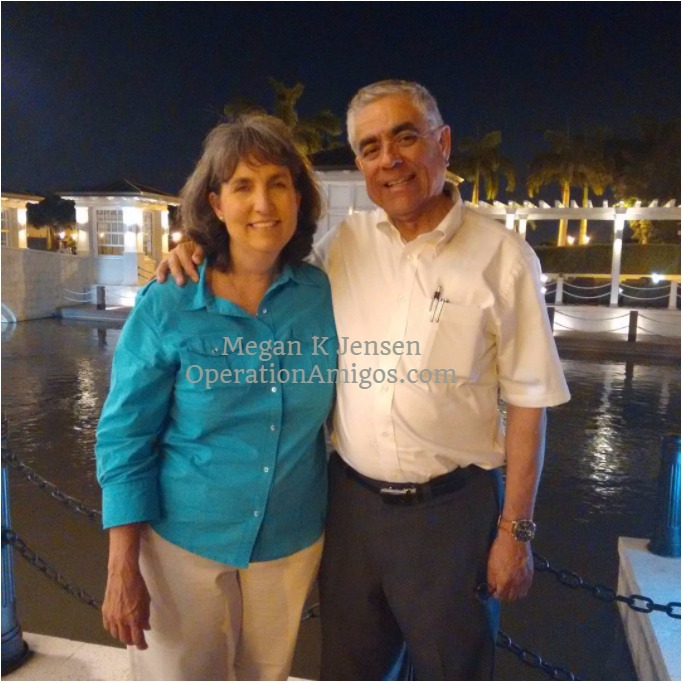 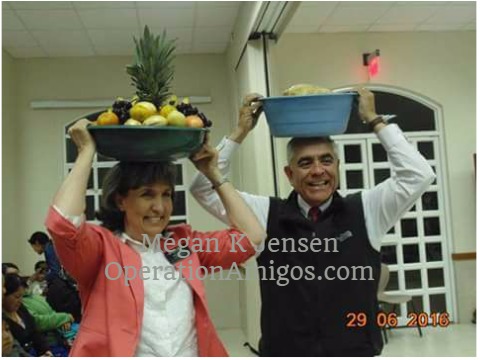 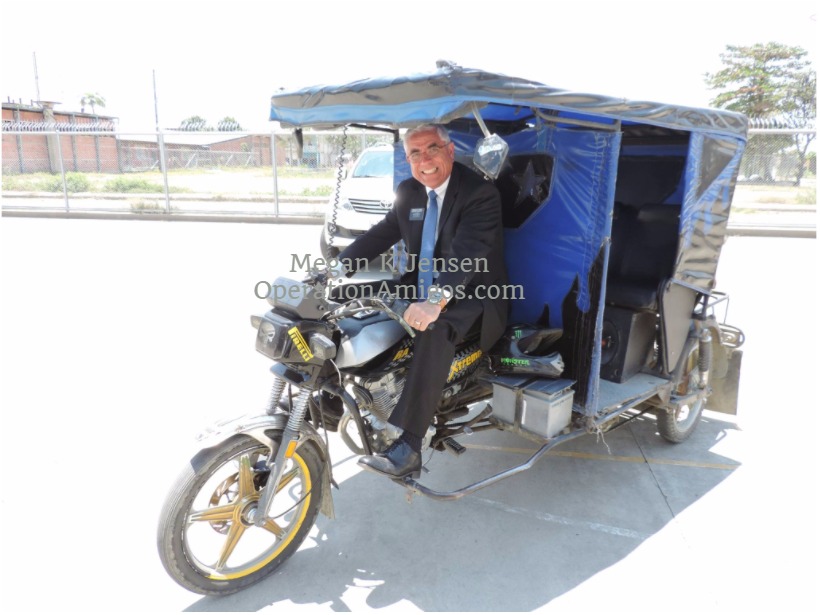 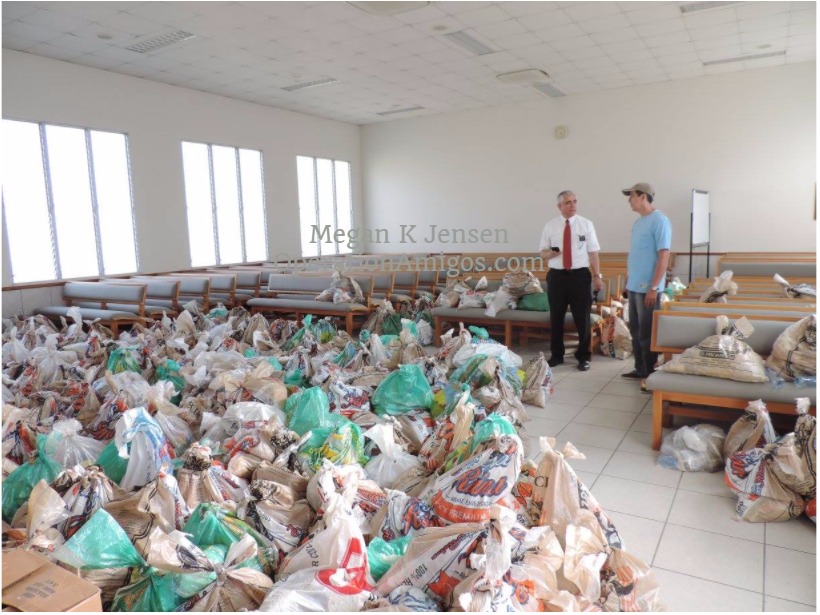 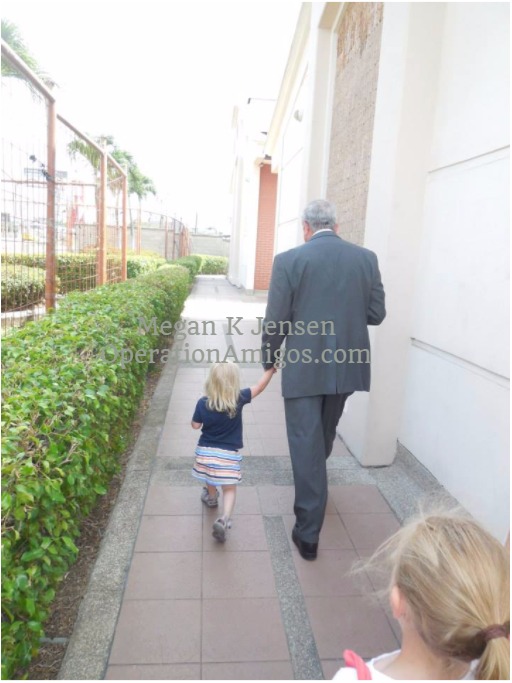 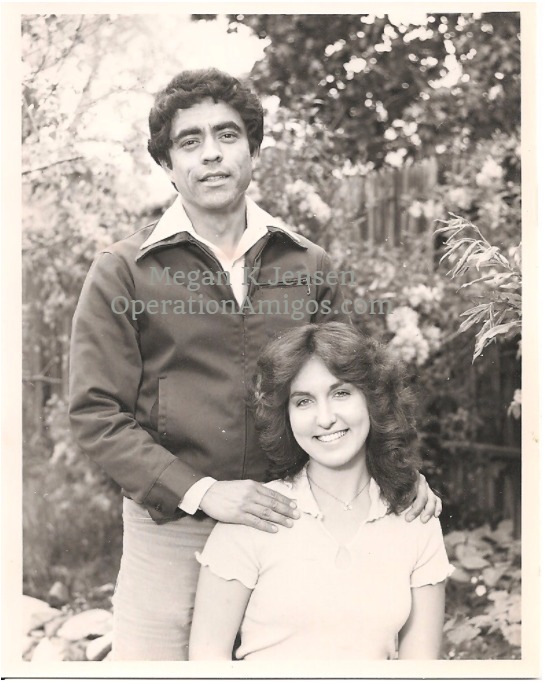 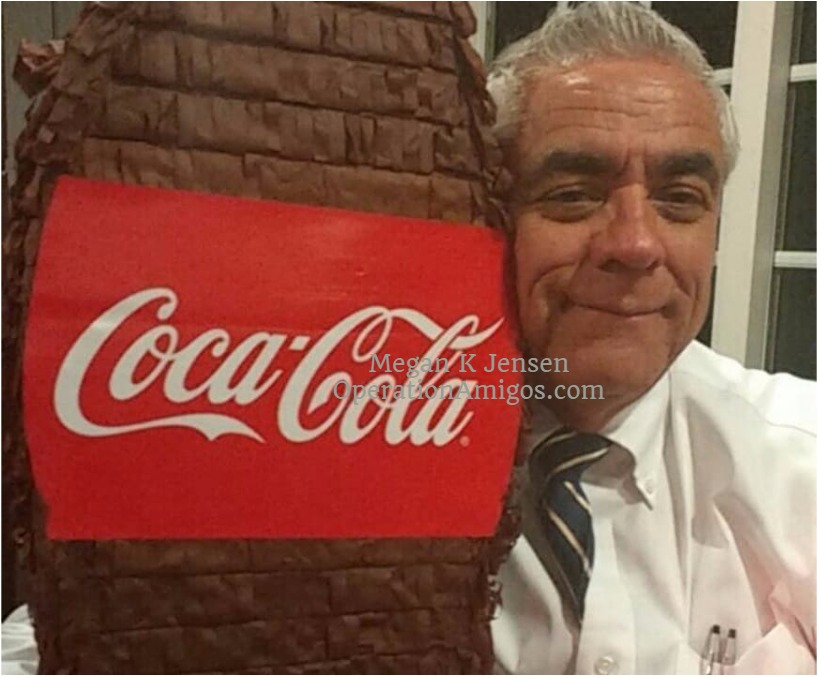 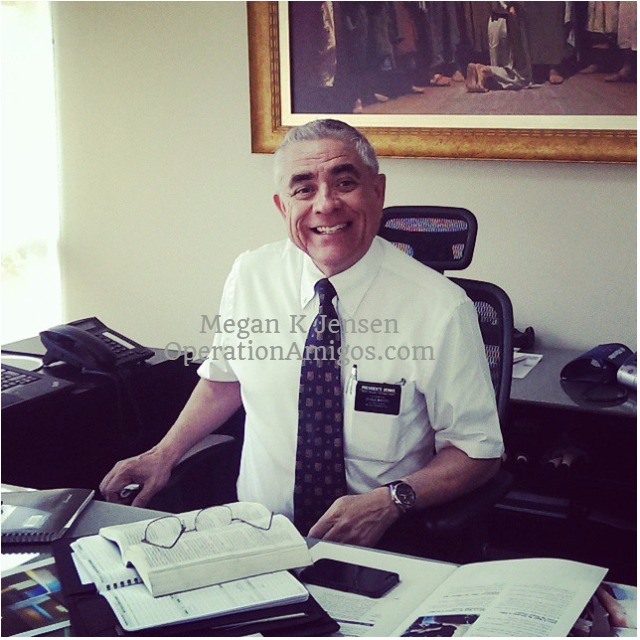 This man, my father, is not a "bad hombre." He is not the worst Mexico had to offer. He was a poor kid who just wanted a future bright enough to sustain a family. And what he has offered our country since he has set foot in it is hard work, dedication, good morals, and jobs for others. Now he's spending his life doing good in other parts of the world. I look up to him and my mom and I'm grateful for the example they've always been in my life.

My dad is not the only good Mexican. There are thousands of "good" Mexicans in the U.S. Though the way many people talk about immigrants, especially Mexican immigrants, you wouldn't know that they're not all deadbeat criminals. You would have no idea that Mexican immigrants supply no more crime in the U.S. than natural-born citizens (according to a 2016 U.S. Chamber of Commerce report, page 24). Most of these people have one mission: to support themselves and their families.

Operation Amigos is a place where we celebrate immigrants. Where we bring to light the good that these people bring with them from the places and people they left behind.

***If you have a family member or friend that is an immigrant and you'd like to highlight him or her on Operation Amigos, email me at operationamigos(at)gmail(dot)com***

10 Podcast Episodes to Help Educate Us on Modern-day Racism

What If George Floyd Was YOUR Son?